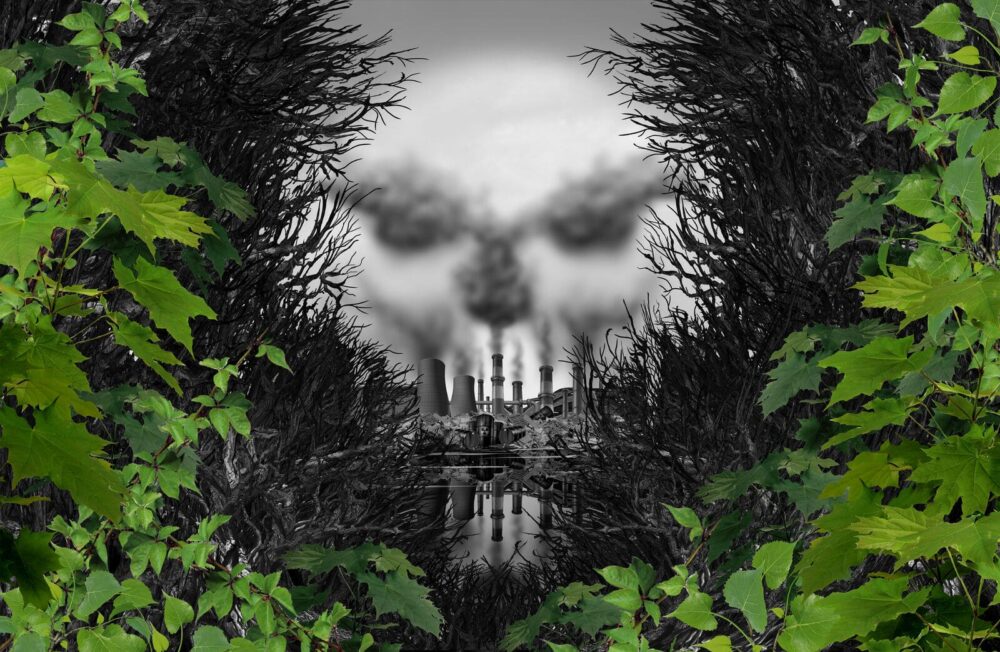 Recent current events have demonstrated clearly to us that big-business, government, regulatory agencies, the legacy media, and politicians value profits first and foremost over product efficacy and the health and wellbeing of humanity.  Lies, propaganda, obfuscation and deception are no obstacles, and there are no moral red-lines for them in achieving their goals.  This game has been going on for the past one-hundred years or more.  The M.O. is usually the same – studies and trial results buried (some protocols trials are designed to guarantee specific results).  Most science today is paid for by big business.  Too often, lies are promoted as truth and many deaths and disabilities ensue.  This is a wakeup call to all of us, and it is nothing new in the pattern and value systems of big business and politics including the pharmaceutical and chemical industries.  The implications of this irrefutable fact are far reaching from the minute to the grand scale, from the immediate to the generational.  Big-chemical and pharma companies have been stealthily polluting our environment, our food supply, and our very bodies for over a century.  Many good things have indeed come from some of these industries, yet nonetheless so has perhaps our ultimate demise as a species. (1) Some key examples that come to mind are benzene, glyphosate, chlordane, asbestos, heroin (in the 1920’s) and isocyanate or d-isocyanate. (2)

Not so oddly enough, that brings us to the discussion about wood and concrete finishes. The finish manufacturing and finish products distribution industries are not innocent of the tactics of big business. Propaganda, lies, and false claims have been the order of the day for far too long. The nefarious influence campaigns and deceptive techniques employed by big corporations and media have been applied, perfected and proven effective in creating a false reality by decades of application in the testing grounds of the American and European mind and marketplace. This has been achieved with the help of the media, via the further dissemination of deceitful editorial as well as providing the advertising platform for the deception.

“The nefarious influence campaigns and deceptive techniques employed by big corporations and media have been applied, perfected and proven effective in creating a false reality by decades of application in the testing grounds of the American and European mind and marketplace.” 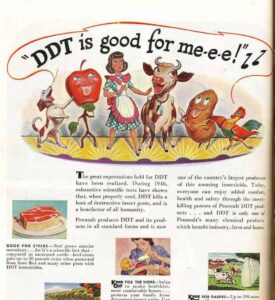 There are many tactics used to achieve these nefarious ends, they are as follows:

• The creation of a false reality which in the early days began with lies and untruths that were repeated enough by paid ads, media shills and government cronies as to create a general acceptance or consensus.   The goal of these ads were to paint a rosy picture of their product; notorious-historic examples of this include cigarettes and “Ethyl fuel” which spewed lead pollution across the nations. (3)

• Obfuscating the truth of the matter, the real facts of the evidence by burying or hiding them altogether.  Many scientific trials have been buried, shredded when results do not meet the narrative sought by corporations commissioning the research.

• Virtue Signaling which is particularly prevalent in the mainstream media and social medial platforms.  This is an often paid for but also common natural occurrence as most people want to be associated with good things, but often forget to really take a deep dive into whether something is truly good or not.

• And perhaps an even more insidious technique is the destruction of language itself. Corporations, government agencies, and media villainously change the definitions of words to suit specific agendas and confuse consumers. This enables them to sell and even mandate less-than-effective, inferior, or less-than-safe products that handily line the pockets of corporatists and their cronies by facilitating product acceptance in the marketplace.

• Then came cancel culture, a relatively new phenomenon, the complete slandering of anyone who questions the lies and the narrative, canceling and de-platforming them from the public arena. 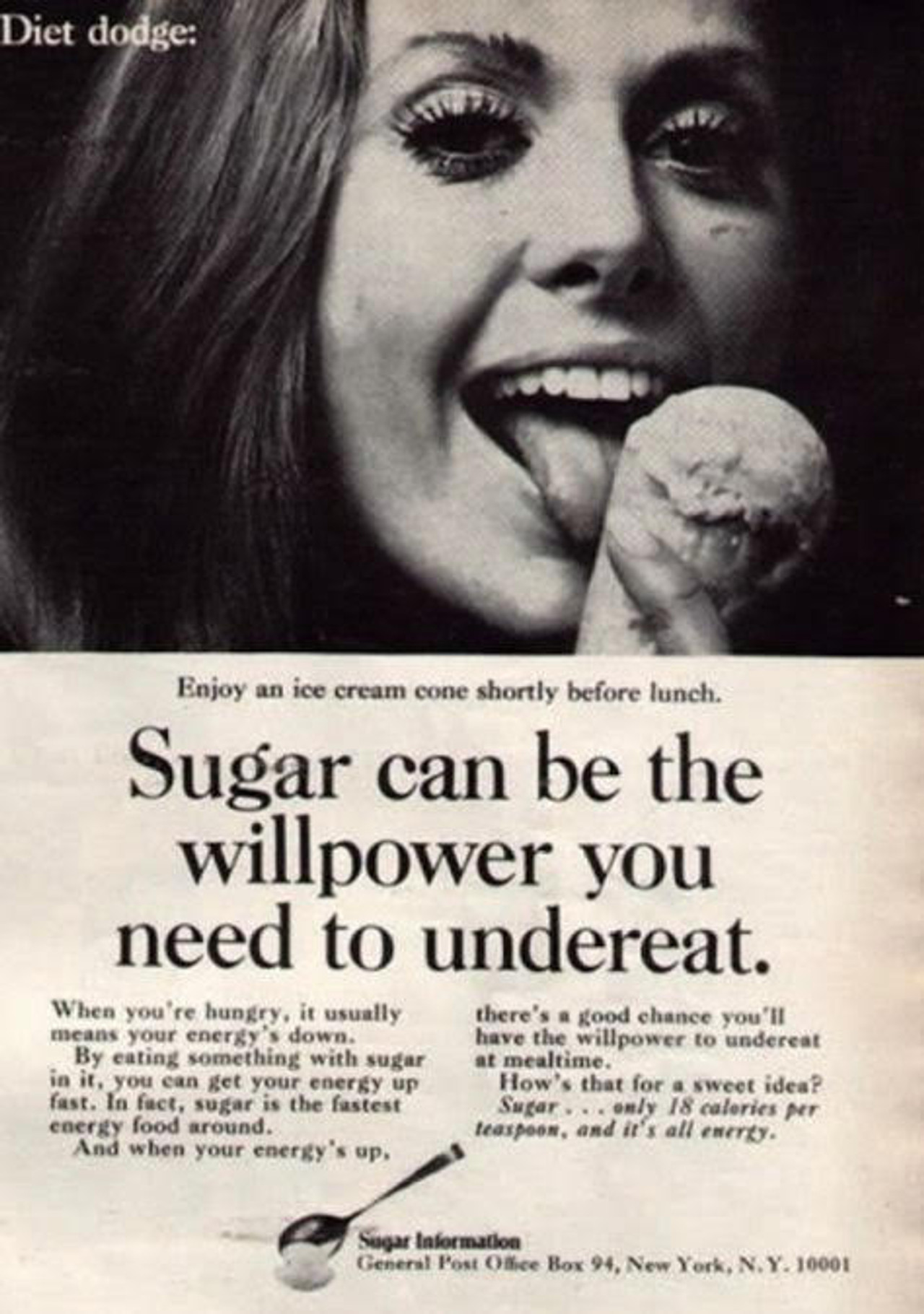 “Instead, these expressions are in service to an alternate agenda, motivated by profit and often political.”

Today, it is so in your face because government and consumer protective agencies have been captured by big-business. They simply no longer need to care what we think or know as true and can simply make their products ubiquitous and suppress alternative products by regulating them out of the market. The ultimate expression of the magic show they have so subtly imposed upon us for decades (and have not so subtly shoved down our throats these past few years) can be seen in the entertainment, art, and fashion worlds that often have no basis in beauty, truth, or exhalation of the ultimate. Instead, these expressions are in service to an alternate agenda, motivated by profit and often political.

There are several categories of finishes that the chemical companies developed in order to profiteer on your good work and craft. Unfortunately, and I will say it right here, they were not intended to uplift your craftsmanship or your projects but instead to provide an avenue for disposal of their production waste by-products and turn this trash into a big money-making opportunity – and they did it at the expense of your health and well-being as well as that of the planet.

In this series of blogs, we will examine how the deceitful techniques described above were applied in the advertising, marketing, and the rumor-mill of the finishing products industry’s social media space, specifically for each category of finishing products.  These finish material categories are as follows: 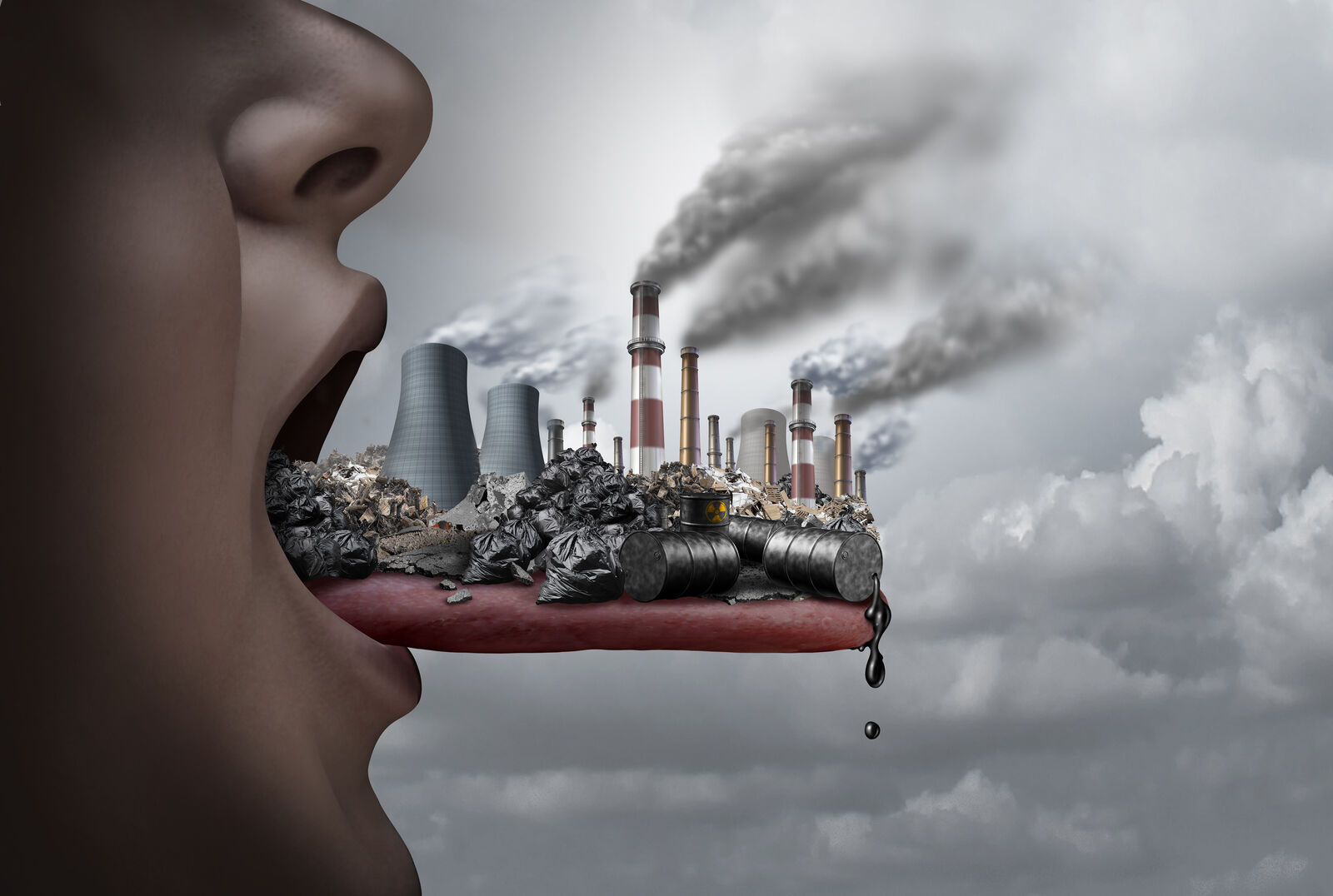 Please tune into our Instagram page to watch and listen to our discussion on each of these topics. Also, look for our blog hosted on our website. Our intention is to lay out the facts and truth about finishes and what you can do to avoid being scammed by the ill-intentioned manufacturers as well as the often-ill-informed blogosphere.

(2) For example the mass poisoning of woodworkers and the general public with isocyantes: Source 4; some other historical examples can be found here: Source 5 ; and here: Source 6

(3) See – the man who accidentally killed the most people in history. The story of Methyl-ethyl lead: Source 7

and save 10% on your first purchase. You will be the first to receive exclusive offers and the latest news on our products.

“We are basically disrupting the whole system with Odie’s.”

We answer your most frequently asked questions in

Send us a video about how you use our products and

Reposted from @odiesoil.uk - Odie’s… From the

Check out this showroom floor finished with a beau

We answer your most frequently asked questions in

Join the Revolution! Subscribe and get a 10% discount on your next purchase!

Sign up to be up to date with all special offers, flash sales, latest news, monthly favorite products, and inspirations.

×
Shopping cart
There are no products in the cart!
Continue shopping
We use cookies to ensure that we give you the best experience on our website. If you continue to use this site we will assume that you are happy with it.OkPrivacy policy
Go to Top